On this day, 33 years ago in Toronto. (Special thanks for the pictures to Dini!) 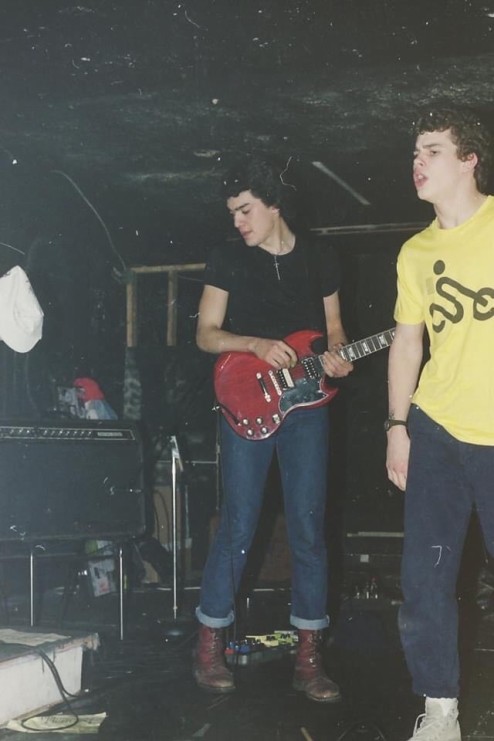 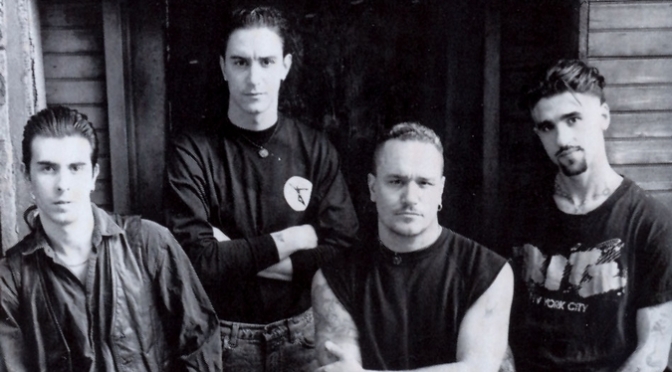 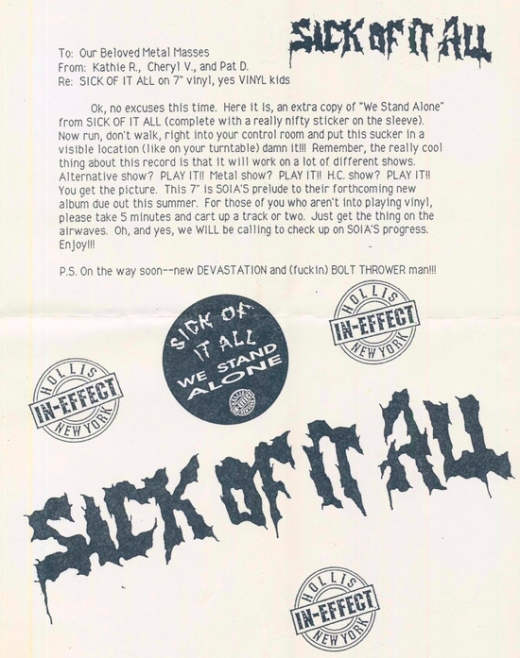 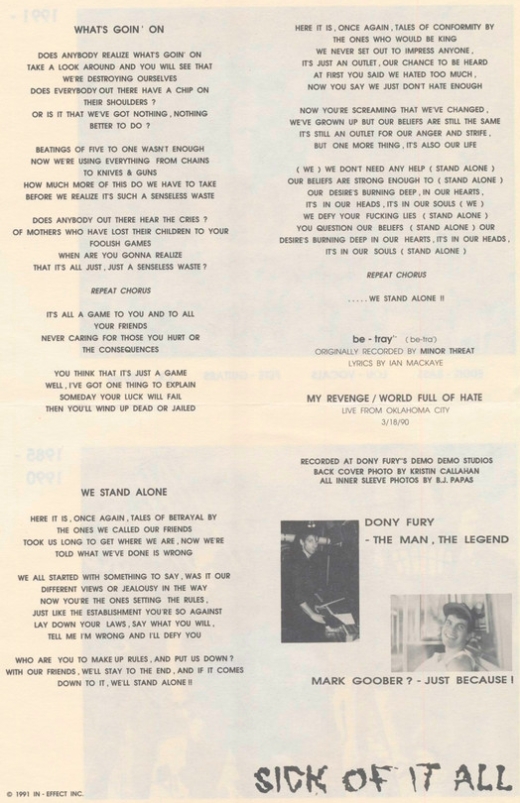 This show review originally published in In Effect fanzine, issue 1.

Raw Deal at CBGBs (04-17-1988)
As an extra treat, you can also download their live set here:
https://www4.zippyshare.com/v/yxHVpHSR/file.html 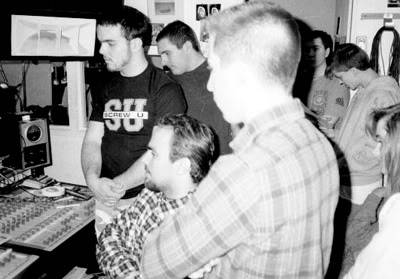 “Lou: It’s good. It’s a lot bigger than when we first started going to shows. There are so many new kids and new bands. A lot of the bands are good, just some of them should be more original. Originality is what makes bands stick out and that’s why bands like Raw Deal and Absolution have come to the top out of all the new bands because they are original in their sound and in their music. They borrow stuff from other bands just like us, but we don’t let that rule our style.” Sick Of It All interview from 1988, In Effect fanzine #2. 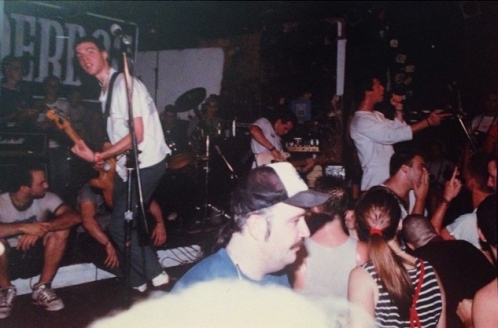 It was originally released in Chiller Than Most fanzine, issue 5.

In the late 80s New York was still dangerous and not yet gentrified. East of Avenue A was still a wasteland. The Pyramid Club was (and still is) a nightclub in the East Village, located at 101 Avenue A in Manhattan. The institution named for a pyramid motif in the building’s original tiling, opened in 1979. What made this club unique was that the inclusivity across all cultural lines, mixing disco and hardcore/punk, pop culture and high art, straight and gay. The Pyramid Club shows were organized by many members of the NYC hardcore scene. It was the first time in NYC during this era that the bands actually made up the bills. The shows ran on a semi regular basis from 1987-1989. 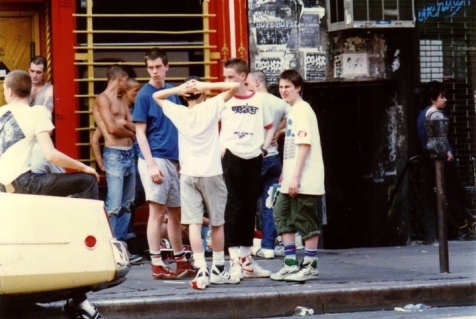 You can check out a video about what the place was like between 1983 and 1988 on youtube: “Drag Queens, Skinheads, Artists and Some Girls: the Pyramid Club of the 1980s.” In this video Raybeez and Jimmy Gestapo attempted to describe what made the Pyramid special (5:51)!

– Pyramid matinees were some of the best hardcore shows, Absolution, Warzone, Side By Side, Youth of Today, Underdog, Collapse, Sick Of It All, Token Entry, Hogan’s Heroes, Judge, Gorilla Biscuits, Krakdown, Life’s Blood, Killing Time, American Standard, Project X, Under Pressure, Uppercut, Our Gang had a couple of very memorable gigs there.
– Security included Jimmy Gestapo, Raybeez and Richie Birkenhead, while doorman Bernard Crawford kept out the yuppies and junkies.

– The Pyramid Club is the place where Ray Cappo and Raybeez were booking shows together, most of these shows were Saturday matinees. The first matinee gig was a benefit show for Some Records. “Starting April 11th at the Pyramid Club, 101 Avenue A we’re gonna have hardcore matinees between 2:00 and 5:30 every other Saturday, starting April 11 so you gotta check it out! The first show is with Sick Of It All and Token Entry and you know, we’re headlining, word up! Check out the Village Voice!” – Warzone interview on WNYU’s Crucial Chaos radio show. 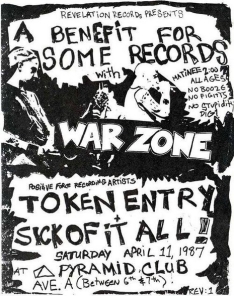