Legendary guitarist and fanzine editor, Alex Brown, has tragically passed away at the age of 52. I would like to extend my condolences to the Brown family, his bandmates, and friends. 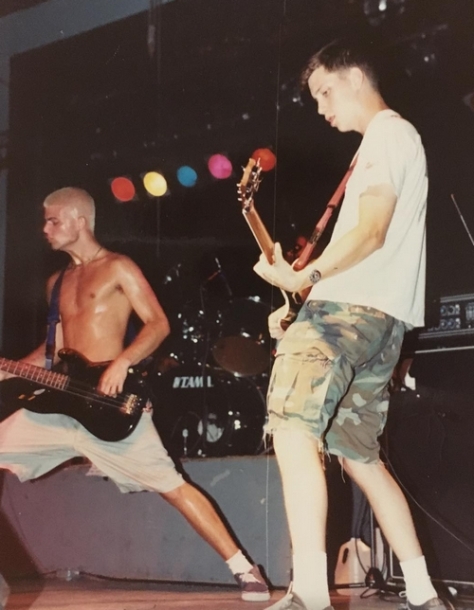 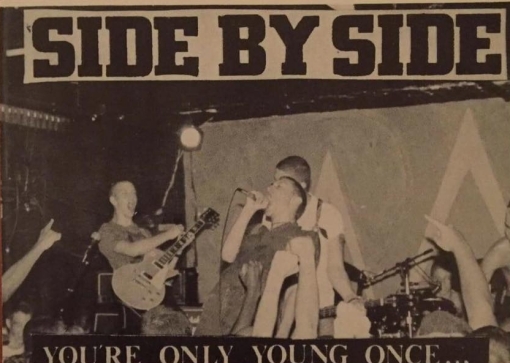 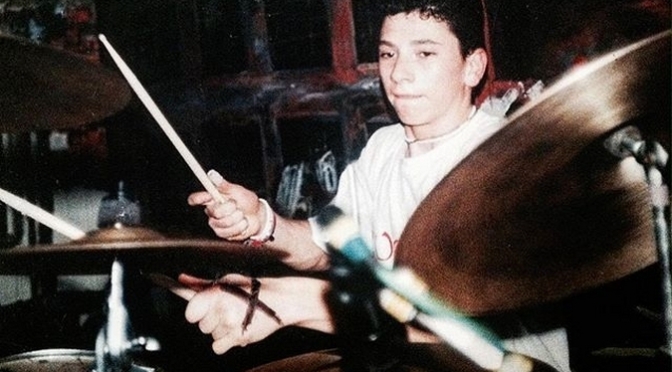 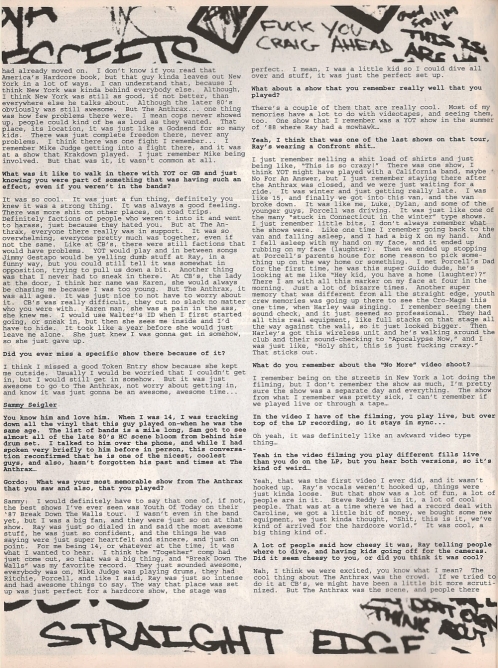 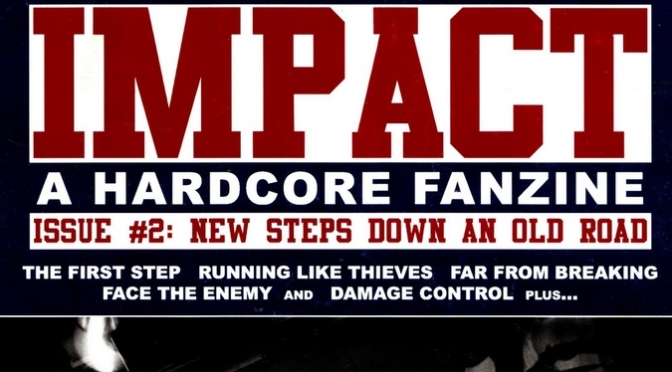 Gordo: “The idea for the fanzine came up in spring 2002. Pete and I went off to college in 2000, and I ducked out of hardcore for a minute while Pete got more into it than he ever had been. Around 2002 we said it would be cool/fun to put the online stuff we did into print. The more I thought about it, I felt that that there wasn’t a real definitive zine for the “97 era” of hardcore that people talk about and that the Impact Online site covered. Maybe there didn’t need to be a definitive zine, but it was a fun project and if nothing else it gave Pete and me something to do when we were home from school for that summer.

Looking back, a lot of what I wrote in the first issue makes me cringe. It’s very overdramatic and almost emotional as well as overzealous about certain things and even just about the importance of hardcore to me. But it was a weird time in my life, as I had definitely gotten away from straight edge and hardcore for a bit, and came back to realize it still meant the world to me. I guess those realizations came out a little heavy-handed when I wish they were more understated.

The first issue was my first ever attempt at a true print fanzine, and that thing was put together so quickly in such a frantic rush that I didn’t have time to really formulate a process a have a goal to accomplish, and I don’t think Pete did either. It was definitely more difficult than we imagined. The original idea was to do it totally cut and paste. We went to my Dad’s office and broke out scissors, glue sticks, and used the copy machine. After an hour, we had absolute garbage. We left defeated and realized it would be made on a Mac.

But the basic idea for issue #1 was take all the decent content we had, put it in a good looking classic layout, and get it printed within one month so we could sell it at Posi Numbers 2002. I just wanted it to look good and come out on time, which it barely did. Printing that thing was a major headache. We found a local place who gave a great quote for an actual PRINT job that was super pro – semi-glossy cover, bound, etc. We were psyched. We finished it early to ensure adequate time for them to print. In a nutshell, we realized this place was full of shit, and the end result was a photocopied, stapled zine, and they didn’t even get all the copies done on time. They cut us a deal on the price, but not after I threatened to take them to the cleaners (yeah, I’m tough). This place is somehow still in business, and when I am in town and drive by I still consider throwing a rock through the fuckin’ window.

When I look at issue 1 now, I really don’t like a lot of the layout and “feel” of the zine at all, and it is no fault of Pete’s as the designer – we were just rookies working on a tight time frame and putting out a pretty big zine…there is a lot of content in that fucker. It was a reality check as far as understanding how difficult doing layouts can be. I had great zine designs in my head, and I am sure Pete did as well, but actually creating them while under the gun with time proved to be very troubling.

With the second issue, I really wanted to try to do something that had the attitude of Schism with the look of Boiling Point number three, and this time I wanted the right look (as did Pete). We also worked on a tight time frame with that issue – in fact, that thing was totally done in early August 2002 after working on it for only about a month, but some major print problems again and a standard Livewire delay meant it didn’t actually drop until about January 2003. That issue I like – there are some glitches here and there and I don’t think the layouts on everything (nor the content) is perfect, but overall I will still look at it and dig it for the most part. I think The Anthrax piece is really good, just tons of sick material in those interviews. I thought that the Running Like Thieves record package was cool, even though that band was very poorly received, I really liked them. In fact, I tell ya what…I really don’t understand why that band had almost no fans. You had the major musicians from Supertouch, Andy and Biv – just sick players and song writers. Scott the bass player was great too and knew hardcore. And then Matt – I mean, yeah his voice changed a little and he didn’t do back flips on stage, but that dude is a FRONT MAN. I don’t know, I guess they were somewhere between rock and hardcore, but it bummed me out that people didn’t dig them. I saw them play some tiny shows where they just killed it.

But anyways, when the zine came out I heard nothing but positives, so I guess it went over better than the first issue. Overall, I just wanted to give some of the classic zines a nod, throw out my two cents on some things, and document some bands that I thought were worth documenting.”

Gordo: “I liked the idea of each issue having a theme. The first one, “Can’t Get Away From The Past” was basically just about how we were doing a zine in 2002 that was basically all about stuff from 1996-1998. That time period was when I absolutely lived and breathed hardcore 24 hours a day, 7 days a week. I am not kidding – I was into nothing else and did nothing else during that time. I mean, I still love hardcore today and a lot of my free time revolves around it on some level, but when I was 15 years old I cared about nothing else at all.

When I graduated high school and went off to college, I kinda thought maybe hardcore was “out of my system” in a way, like I maxed out on it. It turned out I really didn’t at all, so doing Impact was kind of me saying “you know, those bands from 5 years ago, all the shows I went to, records I bought, people I met…that shit is still awesome, how did I ever second guess it or think I would get away from it?” Like I said above though, that whole vibe just came out so heavy and over the top in the way I wrote certain things, I don’t know what the hell I was thinking. Blame it on late nights and a lot of caffeine mixed with youthful enthusiasm.

“New Steps Down An Old Road” – I think Pete may have come up with this…that was in reference to the piece on The Anthrax. We were basically revisiting a time in hardcore and a physical location in hardcore that had been gone since 1990 by talking to/interviewing people involved with that club or even just saw shows there. I also thought that was a cool phrase, just something little to add in there.”