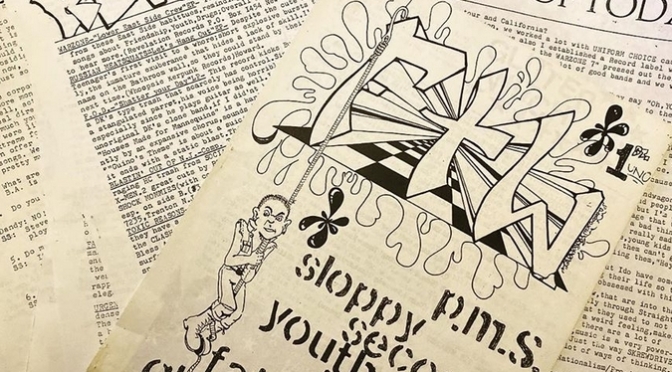 Feel free to download the FTW fanzine, and share with your friends!  Link: https://www63.zippyshare.com/v/m61b0Byn/file.html
A huge thank you to Freddy who scanned his zine for us.

Freddy Alva: I was 16 when I did this zine, worked on it in ‘86 & came out in ‘87. It’s full of grammatical errors, amateurish layout & questionable opinions; gotta start somewhere! Co-edited with Howard ‘The Punk’ Charcofsky in Jackson Heights, Queens. Cover drawn by ROTE 1 X-MEN.

“DYKHC: The graffiti and hardcore connection, these two distinct subcultures criss-crossed and fed off one another during the 1980s. You have always loved the visual side of tapes, records, fanzines like lyric sheets, inserts, fanzine covers. Please tell me something about the cover of FTW fanzine! Was it the first appearance of graffiti letters on the cover of a NYHC fanzine?
Freddy: The cover of my first zine (FTW) was done by someone I met my first day of High School, a Graffiti writer by the name of ROTE, when I started going to shows I met a lot of kids like me that came from a hip-hop background and a big part of that was Graffiti. My friend ROTE saw me as a full on b-boy freshman year and transition to hanging out with the skins/metalheads by the following school year. While he never got into the scene, his skills were off the chart and I wanted to bring that vibe and as far as I can tell it’s the first instance of Graf letters on a NYHC fanzine.

DYKHC: The first interview you ever did was with Ray Cappo outside of the legendary Some Records in 1986 for your pre-New Breed fanzine called FTW. Hardcore is a very aggressive and combative style, and Ray brought a lot of intelligence to the genre with his extremely philosophical lyrics. He had an unusual talent to make changes in the scene. How was your first time meeting Youth Of Today, and why did you find it necessary to do an interview with YOT?
Freddy: YOT were amazing live in ‘86, don’t think any of their records ever captured that and whether you were straight edge or not (I wasn’t) they were undeniably influential at a crucial point during the second wave of NYHC that had kicked off by then. Ray was an extremely charismatic frontman that lived and breathed Hardcore and that a ripple effect on everyone that he came in contact with so I had to including him in the zine. I’d never done a live interview with anyone before but I decided to go for it; Ray was extreme cool about it, suggesting we do it outside Some Records minutes after I asked him if he’d ever be into answering some questions. One of the strongest memories I have is of various local scenesters passing by and commenting, in particular Jules from Side By Side, decked out in full boots & braces gear. I shouldn’t have worried because I picked the best person interview, as soon as I turned the tape recorder on, Ray was off & running; the same relentless energy he exhibited on stage was present in person. Belated thanks to him for making my initial foray into zinedom a smooth one!”

You can read the full interview with Freddy Alva in the issue 3 of Do You Know Hardcore fanzine. Do You Know Hardcore? is a one-sheet fanzine. Free physical copies will be available via Quality Control Records (UK), Shining Life (USA), Gratitude fanzine (USA), Control Records (Belgium), Little Future distro (Germany), Gutter Groove (Denmark), Ugly And Proud (Bulgaria), World’s Appreciated Kitsch (Greece).
If you need this fanzine I can send it to you in PDF format, just drop me an email at meheszattila(at)yahoo(dot)com. 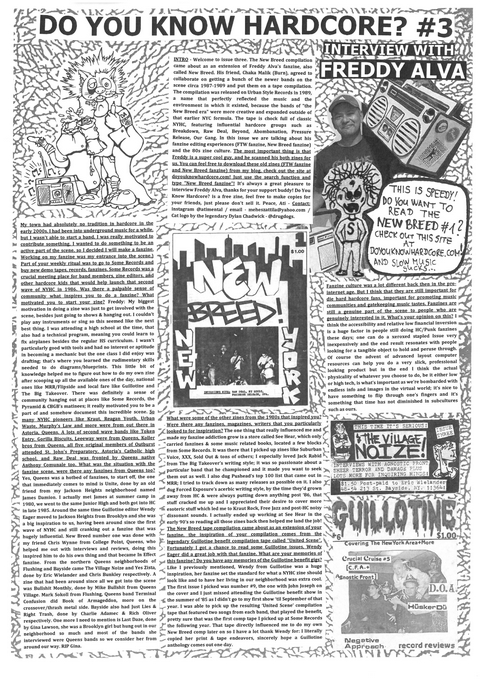 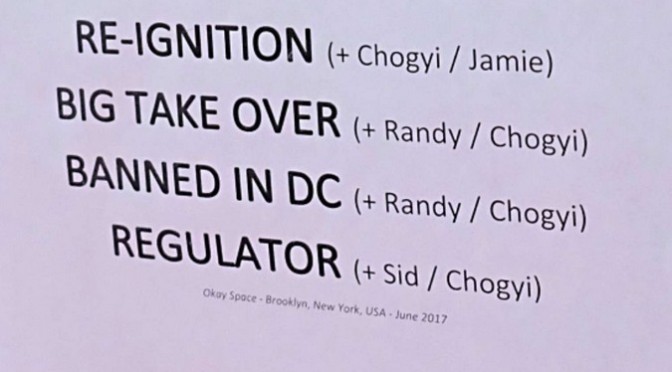 Sid was the original singer of Bad Brains before HR, and the guy who turned them onto punk music. He wrote the legendary song called “The Regulator”, without him Bad Brains would not sound at all the way we know and love. 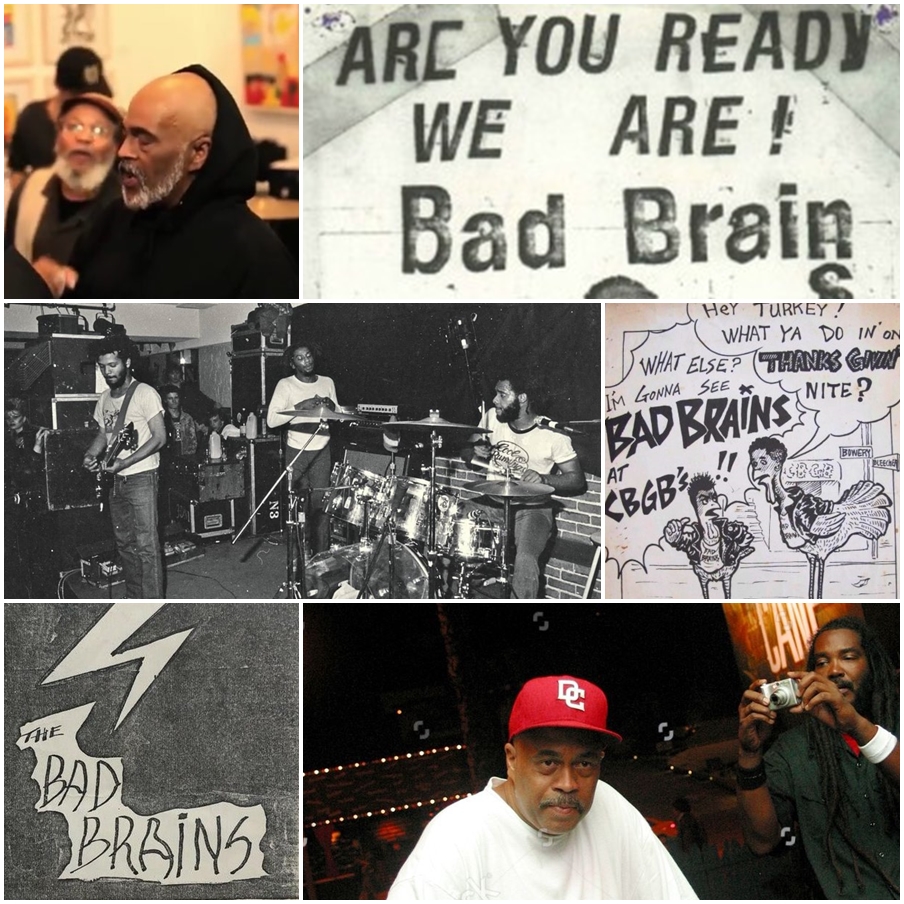 The band came together about 1977. The members of the Bad Brains first met each other at Central High School in the lower-income DC suburb of Capitol Heights, Maryland, where Earl and Dr. Know were in the same art and science classes. They were initially influenced by jazz-fusion and were originally called Mind Power. They had been bouncing around playing music since 1977 and doing backyard and basement parties at the house that they lived in on Bay Way in Maryland. But that all changed the day a friend of Darryl Jenifer’s paid a visit: “Sid McCray came over my house. He had safety pins and stuff all over him, and he had records – Ramones, Dead Boys, Generation X – I found to be kind of interesting. The cats couldn’t really play, but they had something to say.” Soon afterwards, Mind Power dropped the fusion and replaced it with punk, and changed their name to Bad Brains. Bad Brains immersed themselves in punk music and culture. In 1979, the Bad Brains did their first New York show at CBGB’s.

“… The term “old school” is an after -the- fact term so to speak, obviously SSD did not call themselves old school hardcore, but after their split up it was possible to identify their style of hardcore as “old school”. This possibility of identifying is of importance here, it means that are you given the possibility to identify it. The possibility. The skill, the learning, you can have the possibility to perform your acquired skill or learning. Once again this leads us back to the more literal meaning of the the word school in old school, to learn one has to read, but also, to remember, and in order to memorize; one has to write. To sign the “dotted line”.

This writing may be bracketed, interrupted, and ridiculed, but it is nevertheless an imperative, and this allows for an understanding of old school straight edge hardcore that is not based on banal historicism that wants to deai with something dead and gone, and reduced to MRRs derogatory and simplifying criticism of straight edge hardcore. The strand of good solid hardcore may be broken and molested, but it will always live on. Even though when it comes back, it may only haunt you as a ghost.”

On this day, 33 years ago in Toronto. (Special thanks for the pictures to Dini!) 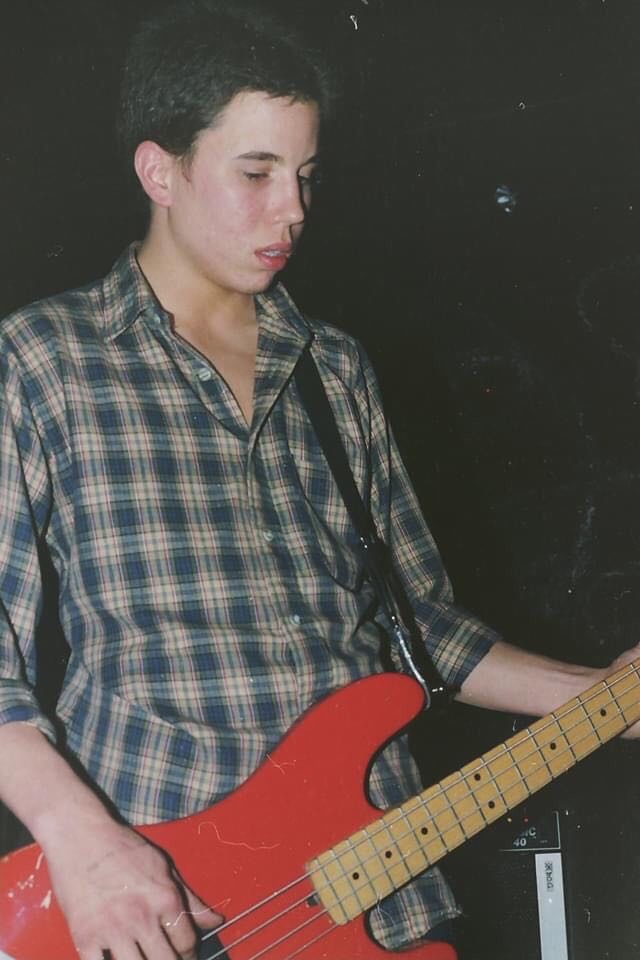 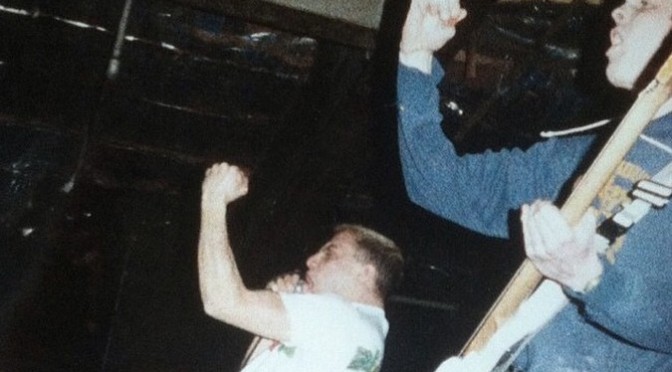 The Shining Life guys have started uploading some videos to their YouTube channel. Encouraged by this, I looked up some old In-Effect, Open Your Eyes, Not For The Weak reviews. Pictures by BJ Papas, Shining Life, Brian Boog.

review by Open Your Eyes fanzine

review by In Effect fanzine 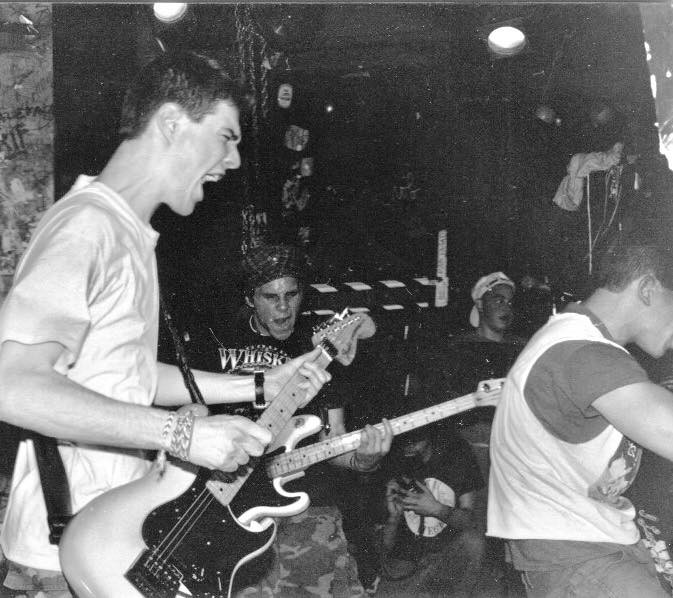 review by Not For The Weak fanzine 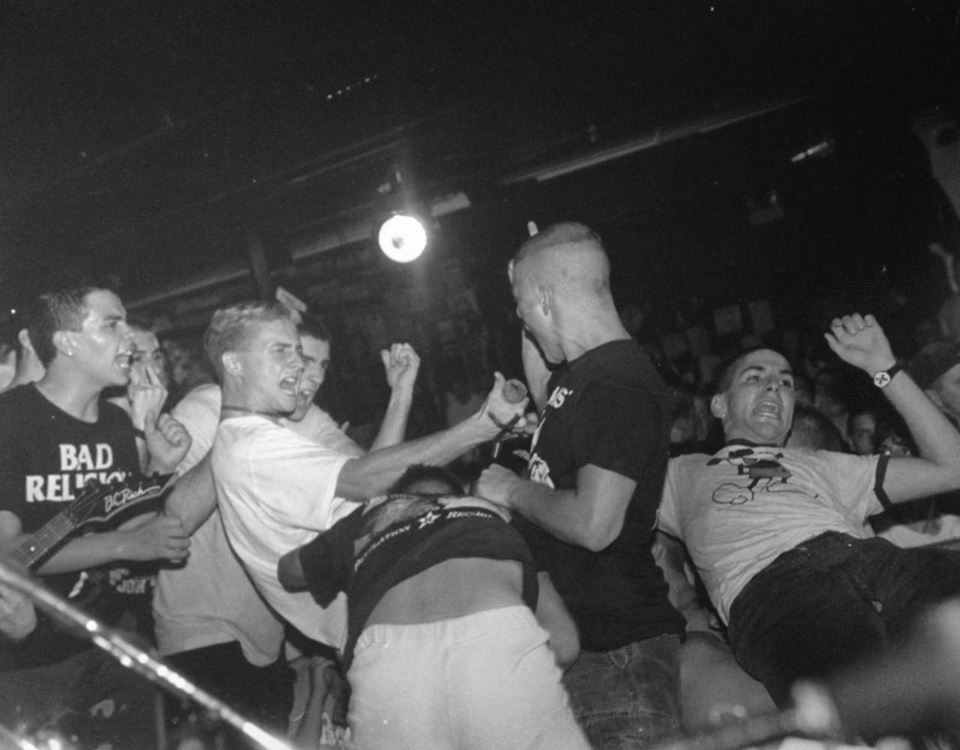 Gorilla Biscuits at the Anthrax (1988) 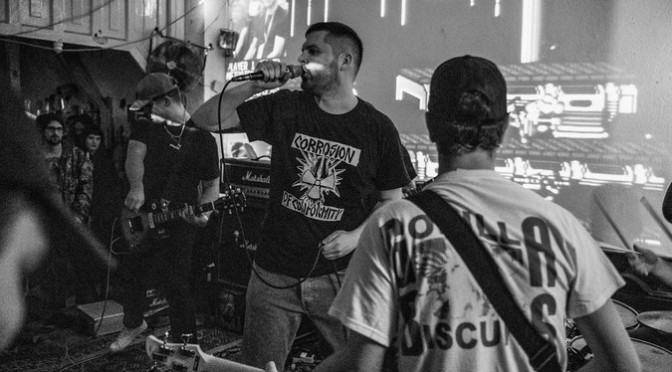 DYKHC – 01 CONTRA
A conversation with Adam Kiss about the upcoming Contra record “Collective Unconscious”, political propaganda, modern people who use scales to rank themselves, and hardcore related stuff. Dedicated to the core and the colossal man (he got radiation and grew real big)! https://contrahardcore.bandcamp.com (Pics by Radi, Gergely Ofner) 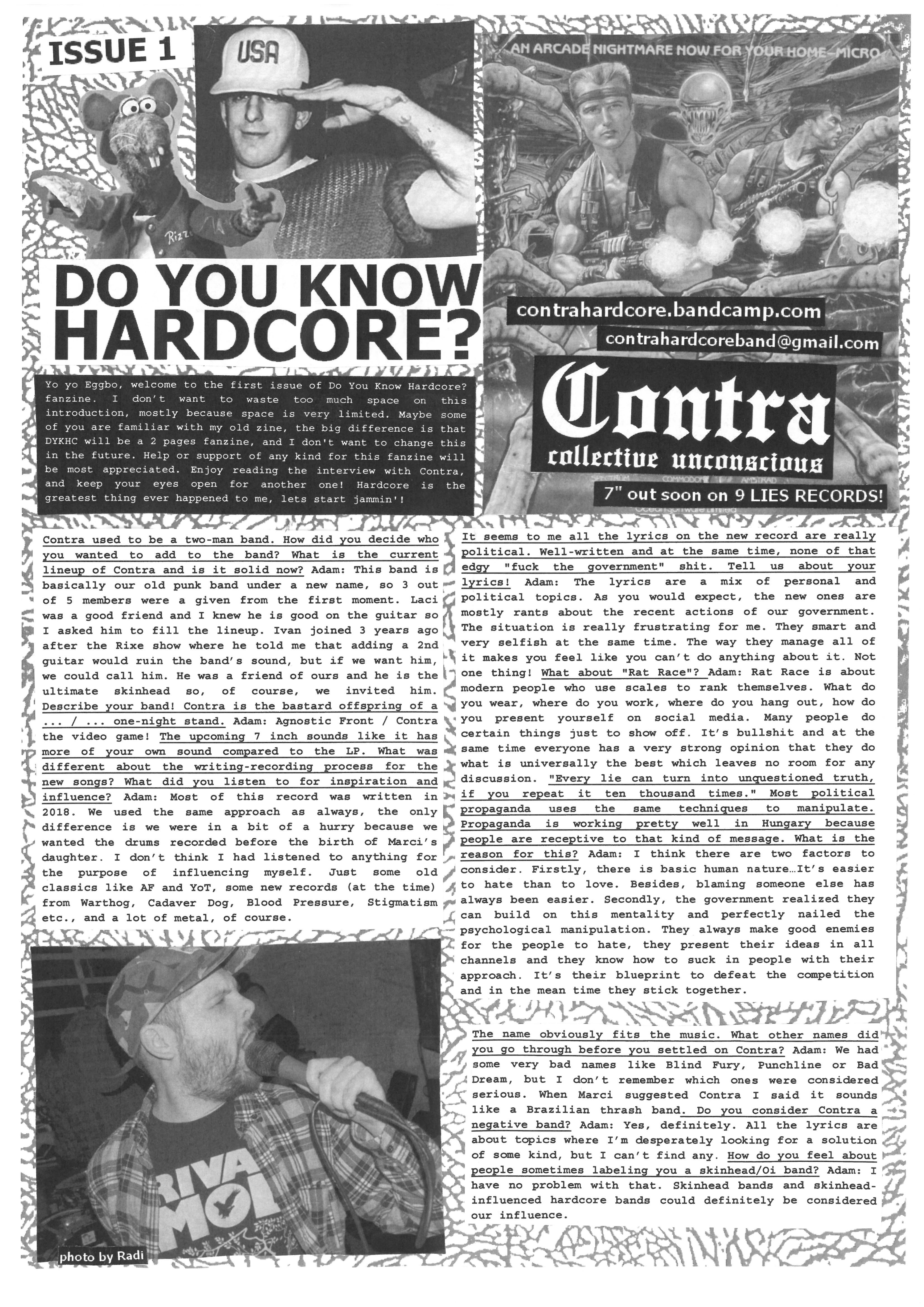 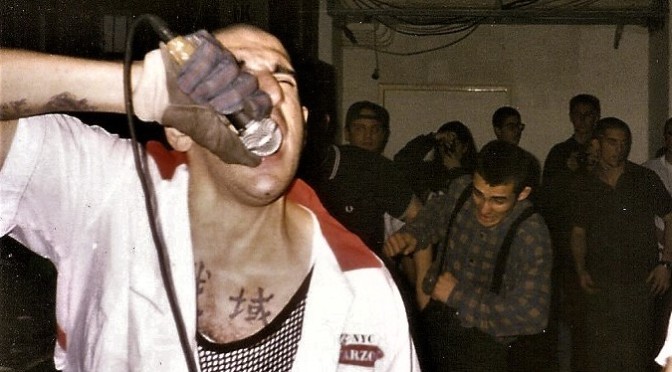 Warzone – Oberwart, OHO 1996
Huge thanks for the awesome pictures to Gaspar Sos! 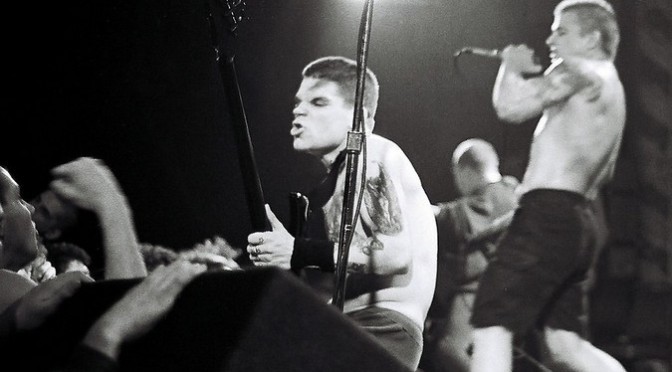 CRO-MAGS at The Electric Banana (Pittsburgh), opening for G.B.H., with Half Life
08 06 1986
Download: https://www7.zippyshare.com/v/GJCFUPpR/file.html 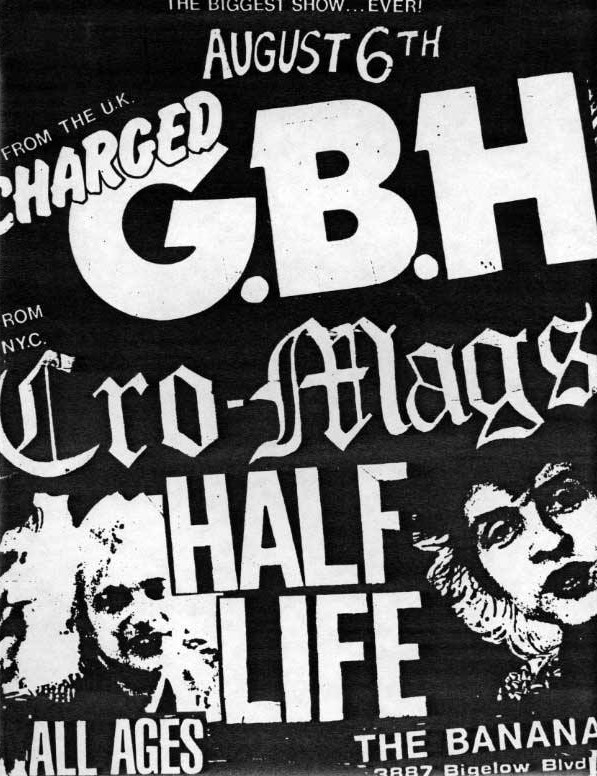 DO YOU KNOW HARDCORE?
Blog at WordPress.com.