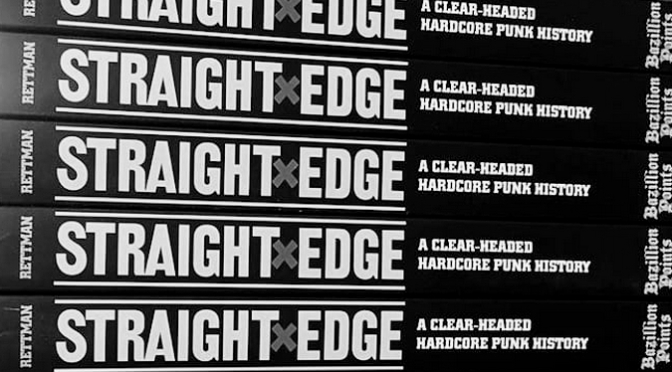 “STRAIGHT EDGE: A Clear-Headed Hardcore Punk History” (Bazillion Points, 2017) by Tony Rettman is a compiled series of interviews regarding the origins and influence of the straight edge subculture/community. All the things you need to know about this release: Tony’s book is a very well done and really informative oral history, handy, quick read that is put together nicely in chapters with awesome photos and flyers. If you haven’t read it yet, I suggest you go and get it. Such a great book!
https://sandpaperlullaby.bigcartel.com
https://www.instagram.com/sandpaperlullaby

I made this interview with Tony about his book in 2017, it was originally published in Chiller Than Most fanzine, issue 5. Pics by Ken Salerno, Christine Elise, JJ Gonson, Free Thought fanzine. 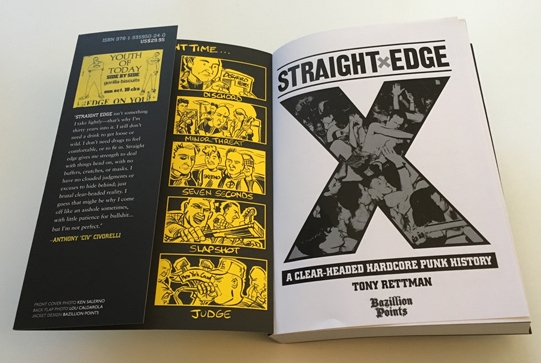 CTM – Your last book (“NYHC: New York Hardcore 1980-1990”) covers the glory days of the first wave of NYHC, rising from the drug-infested streets of Manhattan’s Lower East Side to the suburbs and beyond. I know a lot of hardcore kids were turning into junkies. Heroin was a real big thing, it was very prevalent back then on the Lower East Side, and I heard there was a lot of mescaline going around too, psychedelic drugs were big part of the early years. Where did the idea to write a book about the other side come from? Where did the idea to write a book about straight edge come from?
Tony – I wanted to put together a book on Straight Edge done in a fashion I personally would want to read. Most books that are out there are written from a personal angle or tell the story stripped of the musical aspect. I wanted to do a book that traced the whole history of it throughout Hardcore Punk and the various places it went throughout the past 35 (or so) years.

CTM – How long did you work on the book, and what was the first thing you did for the book?
Tony – From January 2015 to November 2016. First thing I did was reach out to people I thought should be interviewed while also scanning through the other interviews I’ve conducted throughout the years seeing if there was anything within them I could use.

CTM – What did you find the most surprising in conducting all your interviews?
That no matter what moment in time the person came from within the Hardcore scene, their story on how they became interested in Straight Edge was the same. Strung out family members or seeing kids become potheads at 13; it didn’t appeal to them and the concept of Straight Edge seemed welcoming.

CTM – The cover photo of the book was made by Ken Salerno in 1989, CIV from Gorilla Biscuits dives into a BOLD crowd (City Gardens, Trenton). Could you please tell me something about the cover of the book, why did you choose this photo?
Tony – The photo was chosen by the publisher. I’ll be honest and say it wasn’t my first choice or personal choice for the cover image, but it looks pretty bad-ass in the here and now! And it tied Civ in to do the intro which is cool. He’s not a guy who grants himself out on the reg, so I’m shocked and honored he agreed to do it. 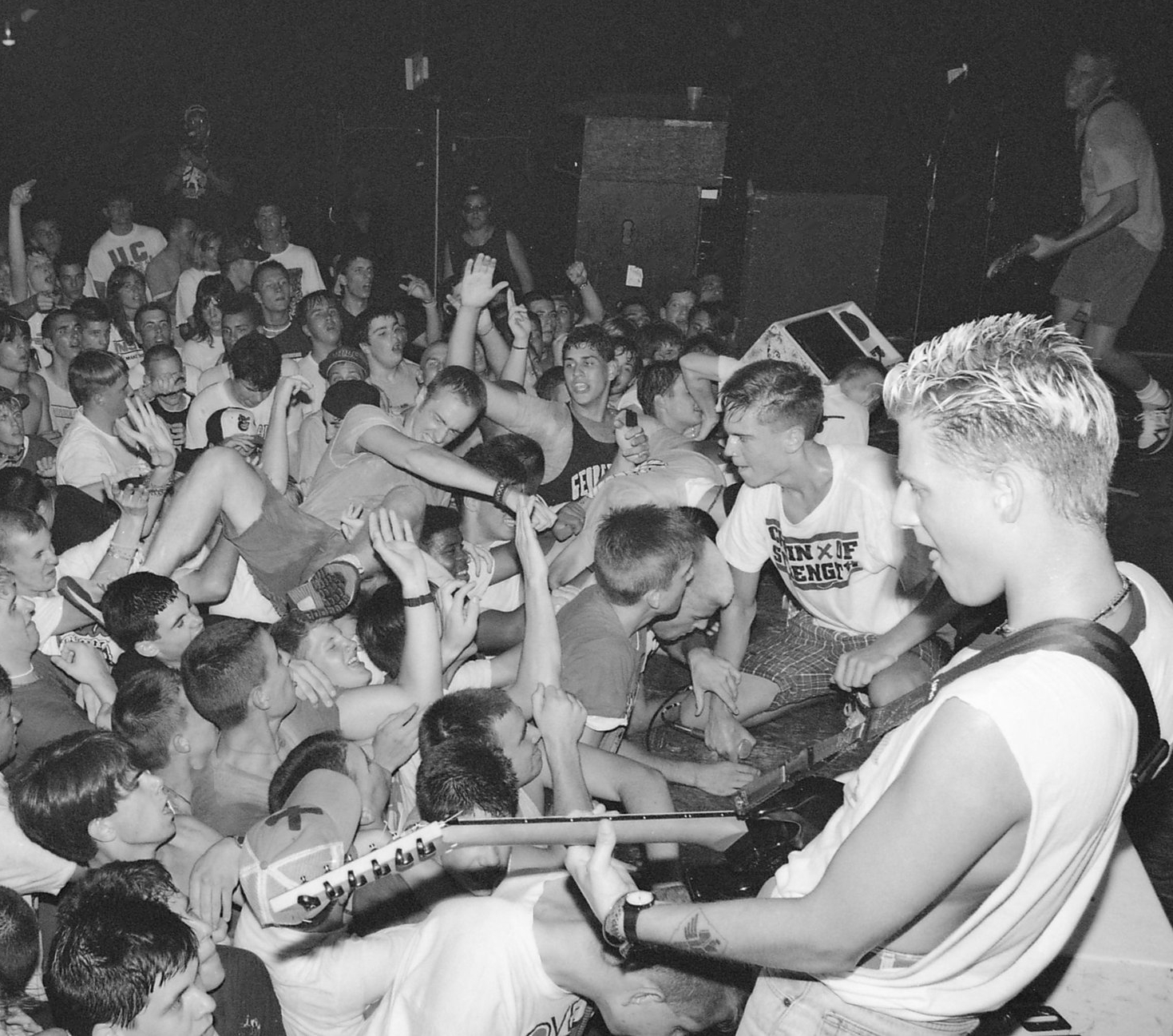 CTM – You interviewed a ton of people for the book. “STRAIGHT EDGE: A Clear-Headed Hardcore Punk History” is written out in an oral history type of layout again, each person you interviewed for the book tells the story in their own words. It seems to me you really like this format.
Tony – It’s a format that lends itself to being unobtrusive to the proceedings. You can get the story out there in its pure form without interjecting too much of yourself into it.

CTM – The early DC straight edge scene saw itself as a counter-culture movement, like the hippies were in the 60’s. Brian Baker said in an interview that people hypothesize that DC is the cradle of straight-edge, so there was this ethical sidebar that was part of everything, but DC was really just like any small town scene. It wasn’t just a straight-edge town.
Tony – Yes. I think it was a matter of it simply being the town where a band wrote a song that spurred some thought in people. 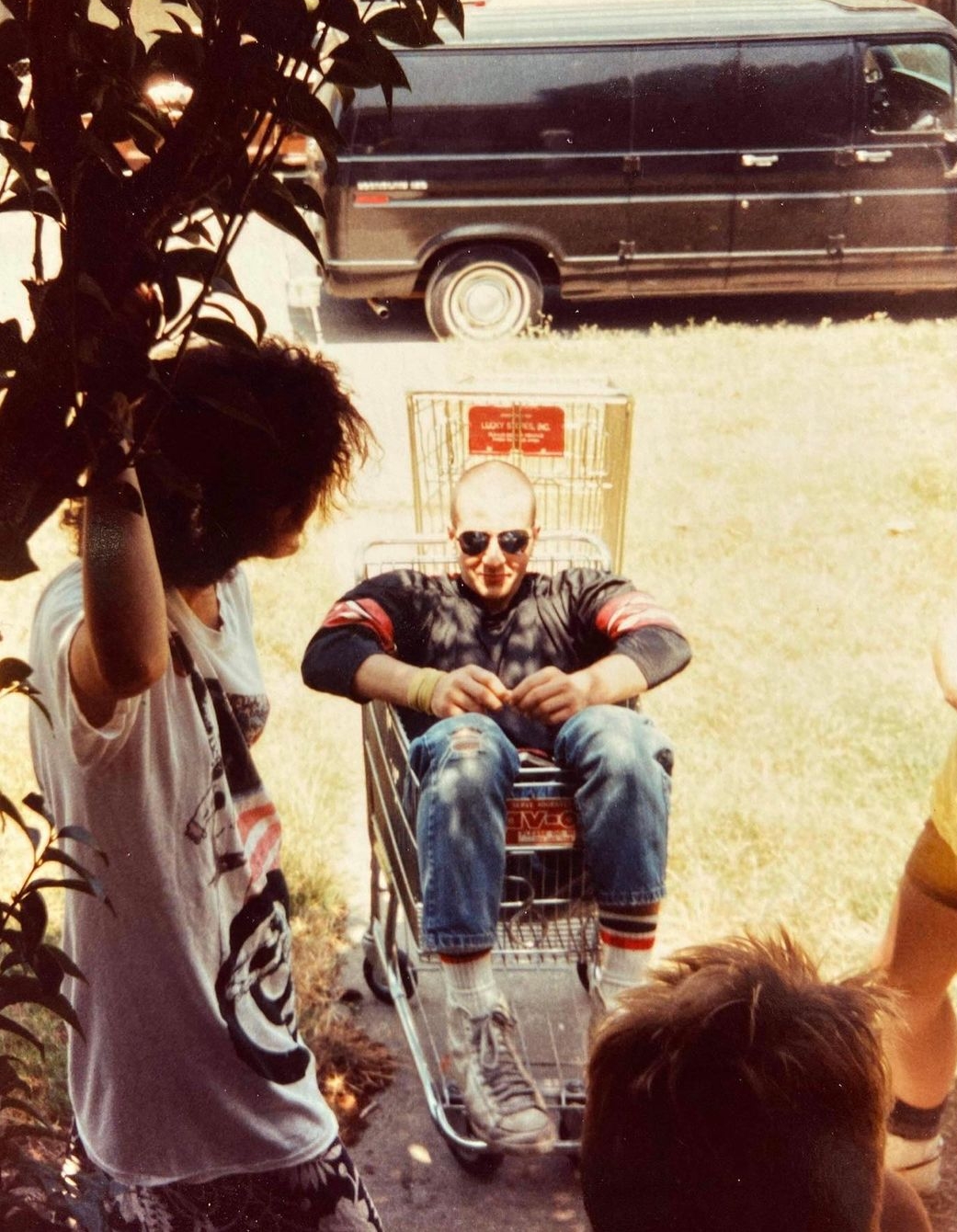 CTM – Al Barile said that straight edge is one of the most important cultural influences of the last century. Straight edge kicked down the walls and opened the doors to music and choices that formed a new core of cool. SS Decontrol and Department of Youth Services took straight edge to a different place, the brand of straight edge was solidified in Boston. What do you think about Al’s statement and how do you feel about SS Decontrol’s and DYS’s legacy?
Tony – I think Al is 100% correct. I was the youngest of five kids. My brother and sisters were really living that American high school lifestyle you see in films like Dazed and Confused or maybe even Fast Time At Ridgemont High. I was under the impression that drinking and getting high was just what you did when you hit high school and you had no choice in the matter.
When my brother brought home SSD’s Get It Away and DYS’ Brotherhood, the way they looked (an accessable fashion that I was pretty much already wearing) combined with the lyrics honestly put this proverbial lightbulb over my head and made me think “Oh..I can do WHATEVER I want!” That epiphany not only put me on the path of being Straight Edge at that point in my life, but also blew my mind wide open on a larger scale in the aspect of how I would conduct myself for the rest of my life.

CTM – Youth of Today were a pioneering band. There were really important and influential bands up until that point, but I don’t think any band had the impact that Youth of Today did. Ray Cappo had an unusual talent to make changes in the scene. They had a mission statement: bring back straight edge, in a new way, they wanted to prove that it is not just a passing trend or whim but a legitimate alternative to a self-destructive drug culture. “The Youth Crew look became a stance against the violent, nihilistic, drunken mentality that was prevalent in the hardcore scene at the time.” How do you evaluate the work of Youth of Today?
Tony – Youth of Today were very important for me personally because at the time my brother started taking me to shows (summer of ‘84) it felt like I missed something. By that point, SSD and DYS went hard rock/heavy metal and Minor Threat had broken up. Bands like Stalag 13, Justice League or Ill Repute weren’t touring the east coast. When I read an interview with Youth of Today a year later in a local NJ ‘zine called Faith, I felt a connection as they really laid it out there that they were looking to rejuvenate the Hardcore scene. They meant a lot to me and still do.

CTM – You processed the story of the youth crew fashion in the “NYHC: New York Hardcore 1980-1990” and you will publish a chapter (“Youth crew style: more than fashion”) about this topic in your upcoming book. Varsity jackets instead of leather jackets, rolled up jeans instead of bondage pants, crewcuts instead of liberty spikes and Nikes, Adidas instead of Doc Martens, no Mohawks, Champion sweatshirts, Air Jordans, low top Vans with colored laces. The youth crew image was a powerful one, and as the new straight edge bands, most notably Youth of Today, got more popular, it seemed straight edge started becoming more externalized. Many people thought that the imagery started taking precedence over the substance. What do you think about this topic?
Tony – I think when Straight Edge went beyond a philosophy or a set of “rules” and the iconography took over in the later part of the 80’s, that’s when it gained traction in a way it never did before. The building blocks for the look came from the back covers of SSD and DYS records for sure, but I think the tie-in of hip hop fashion at the time sealed up the “Youth Crew” look and made it what it’s observed as today. No matter how much people crapped on the idea of all these kids ‘looking the same’, it gave people something to hone in on and identify with in the same way someone might have looked at the back of a Discharge record and said, “That’s me”.

CTM – I really like what Gordo wrote about Mike Judge’s lyrics on Double Cross: “Whether you were straight edge in the past or straight edge in the present, there is no denying the sheer brutal honesty and power of JUDGE lyrics. It can be an uphill battle if you fall outside the social structure that involves drinking or even recreational drug use, but if you ever need some lyrics to help cement your feelings, having Mike Ferraro’s words handy is probably your best bet. “I’ll try to keep my cool…”” Mike is the master of being brutally honest with a life that is put into lyrics, what do you think about his lyrics?
Tony – At the time the “New York Crew” 7 inch came out, those lyrics Mike wrote were so cathartic for a guy in high school like myself who seemed to be constantly being ridiculed from every angle for not going along with the party aspect of teenage culture, but I think the lyrics of “Bringin’ It Down” still resonate more with me in the present day. After laying down these hard as nails lyrics on the 7”, it was shocking to hear him growl, “I can still remember the last time I cried’ He was showing vulnerability after taking shots for being too reactionary and it added another dimension to his persona.