Do You Know Hardcore fanzine #3
Interview with Freddy Alva, in this issue we are talking about his fanzine editing experiences (FTW fanzine, New Breed fanzine) and the 80s zine culture.
Download the full zine here: https://www.sendspace.com/file/roct9y

Freddy Alva: “I started working on New Breed #1 in late 1987 & it came out summer of 1988. My fellow Queens HC enthusiast Chris Wynne did the Pressure Release & NY Hoods interviews; I did the Raw Deal & SFA interviews plus the Graf letters on the cover. We both did record/demo/live reviews along with our friend Tatu Paul. Proud of the way it came out & Chris went on to do the quintessential NYHC zine ‘In Effect’. The New Breed compilation tape is the second and final issue. Huge thanks to Cooch for the scans.”

Excerpt from the Do You Know Hardcore interview:

DYKHC – You started New Breed fanzine in 1987 as a way of getting more actively involved in the scene. Why did you change the name of the zine from FTW to New Breed?
Freddy – FTW was done with a guy named Howard Charkofsky that was living in my neighborhood, he was an older Punk dude that had grown up on the L.E.S. and I remember seeing him at CBGB’s matinees, saw him around my way, somehow started talking and discovered we both wanted to do a fanzine so we just joined forces. I did two of the interviews in that issue, one with Glitter Witch (by mail) and Ray Cappo (in person). I also did some demo/Lp/live show reviews and besides coming up with the FTW name; I also got my friend to do the cover. We never did a second issue because by that time I wanted to collaborate with some other friends from the scene and we talked about doing a zine that concentrated primarily on up and coming local bands, hence the name New Breed, which I took from the Iron Cross song that appeared on the Flex Your Head comp. It’s lyrics resonated strongly with what me and what my friends were about.

DYKHC – Who were the folks that helped you with FTW/New Breed along the way? I know that Pressure Release interview was made by Chris Wynne (In Effect fanzine), he mailed them some questions and about a week later an envelope shows up with the answers.
Freddy – I’d met Chris Wynne through a mutual friend and told him I wanted to do a new zine, he was closer to my age as opposed to Howard from FTW, who was about 10 years older than me. Chris was extremely enthusiastic and started right away interviewing Pressure Release and the NY Hoods. I interviewed Raw Deal and SFA as well as doing the Graf letters in the cover that spell out New Breed plus laying out the zine. Our friend Paul Oxblood did some demo reviews and me and Chris did the rest of the show/lp/zine reviews. I mentioned before that working on this issue inspired Chris to do his own zine so for the second issue of New Breed I collaborated with Chaka Malik and that became the tape compilation. 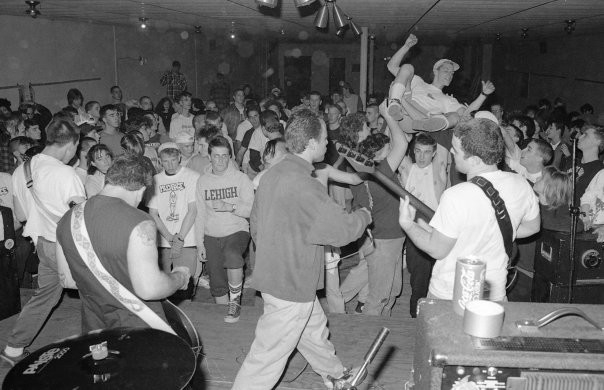 DYKHC – Raw Deal interview. I know that you lived about ten blocks from Anthony Communale in 1986. How was your relationship with him and the band? A few years later they were also featured on the New Breed tape compilation.
Freddy – Anthony was the pied piper of HC in our neighborhood of Jackson Heights. Even though he had already graduated high school by the time I was a sophomore and had been in the scene since pretty much the beginning; he was never condescending or too cool to talk to us younger new jacks. He was extremely generous with letting people tape records from his collection and would recommend an Album or Ep to check out that would turn always turn out to be amazing. He’d also been the original singer for Token Entry and once he got together with 3/5ths of what had been Breakdown, at the suggestion of Duane from Some Records, the end result being Raw Deal. We had to have them on the comp as they represented everything we wanted to document; a newer wave of NYHC that needed to be heard.

DOGGED zine is out now! With Peter Kwint about politics, Whatever It Takes about football culture, a citytrip by Glasgow, a band interview with Declaimer and much more! All profits will be donated to Last Chance Animal Rescue in Spain! https://dogged.bigcartel.com/ 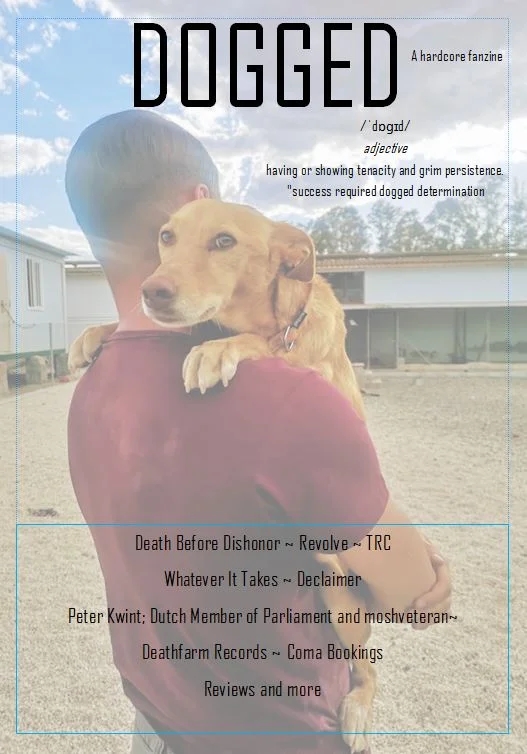 Dogged; a fanzine about hardcore and also a fanzine with a cause. The goal is to raise funds for the animals in need.
All profits made by selling this zine will be fully donated to the charity.
For more info about the animals and the charity please visit:
http://www.lastchanceanimalrescue.es/ 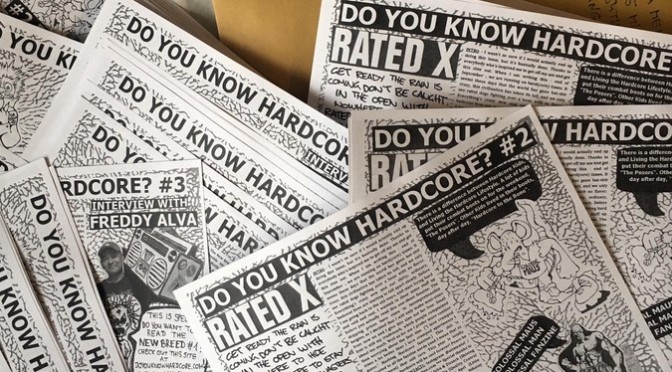 Or feel free to write me at meheszattila(at)yahoo(com), and I will send you the PDF version. 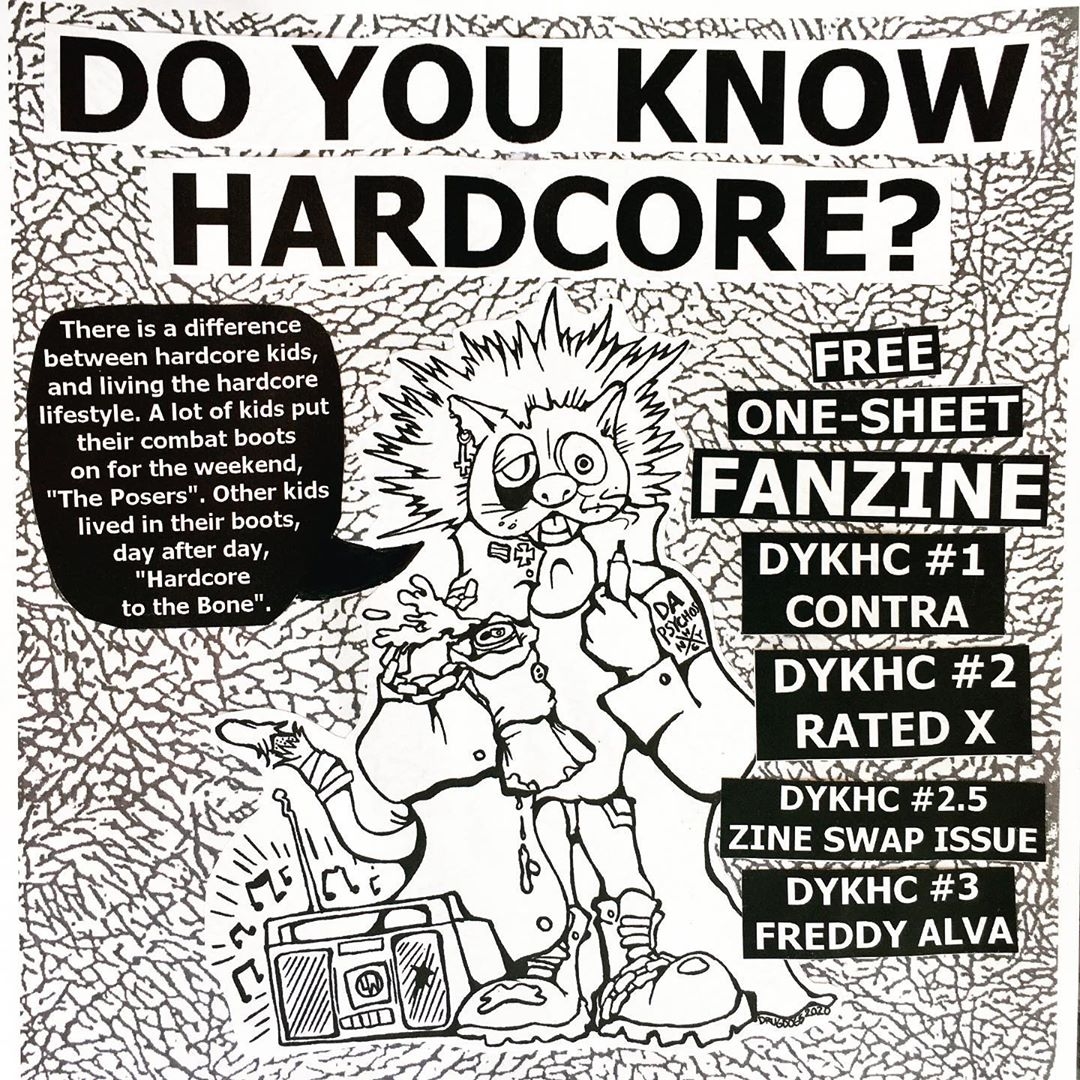 DYKHC issue 3 with Freddy Alva: The New Breed compilation came about as an extension of Freddy Alva’s fanzine, also called New Breed. His friend, Chaka Malik (Burn), agreed to collaborate on getting a bunch of the newer bands on the scene circa 1987-1989 and put them on a tape compilation. The compilation was released on Urban Style Records in 1989, a name that perfectly reflected the music and the environment in which it existed, because the bands of “the New Breed era” were more creative and expanded outside of that earlier NYC formula. The tape is chock full of classic NYHC, featuring influential hardcore groups such as Breakdown, Raw Deal, Beyond, Abombanation, Pressure Release, Our Gang. In the third issue of DYKHC we are talking about his fanzine editing experiences (FTW fanzine, New Breed fanzine) and the 80s zine culture. The first interview Freddy ever did was with Ray Cappo outside of the legendary Some Records in 1986 for his pre-New Breed fanzine called FTW. New Breed number one was done with Chris (In Effect fanzine), and working on this ‘zine inspired him to do his own thing and that became the legendary In Effect fanzine.
Feel free to download the FTW fanzine from my blog, and I will upload the first issue of New Breed ‘zine soon too!
https://doyouknowhardcore.com/2020/10/15/ftw-fanzine/

In the first issue of DYKHC, I made an interview with the Hungarian band called Contra. Contra is the bastard offspring of an early Agnostic Front / Contra (the video game) one-night stand. I really love their song “Rat Race”, it is about modern people who use scales to rank themselves. What do you wear, where do you work, where do you hang out, how do you present yourself on social media. Many people do certain things just to show off. It’s bullshit and at the same time everyone has a very strong opinion that what they do is universally the best which leaves no room for any discussion. You can download the first issue of DYKHC here:
https://doyouknowhardcore.com/2020/05/07/dykhc-01-contra/
https://contrahardcore.bandcamp.com/album/collective-unconscious 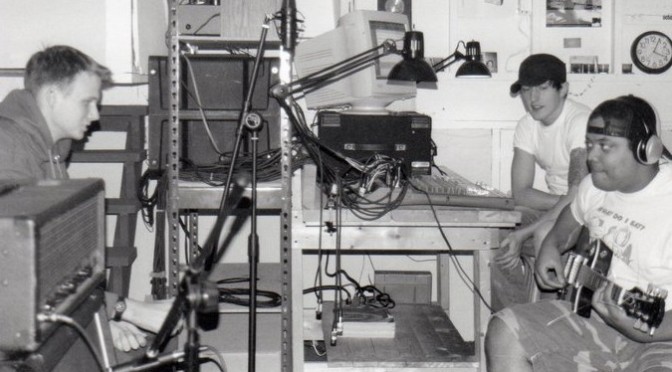 I was browsing the “Time & Pressure” photobook (by Chris Bavaria) and that’s when I got the idea for this column. While I was admiring these awesome pictures I was thinking how great it would be to get more info about some of my favourite photographs. It is originally published in the 2nd issue of Chiller Than Most in 2014. (Click the image for larger size.) 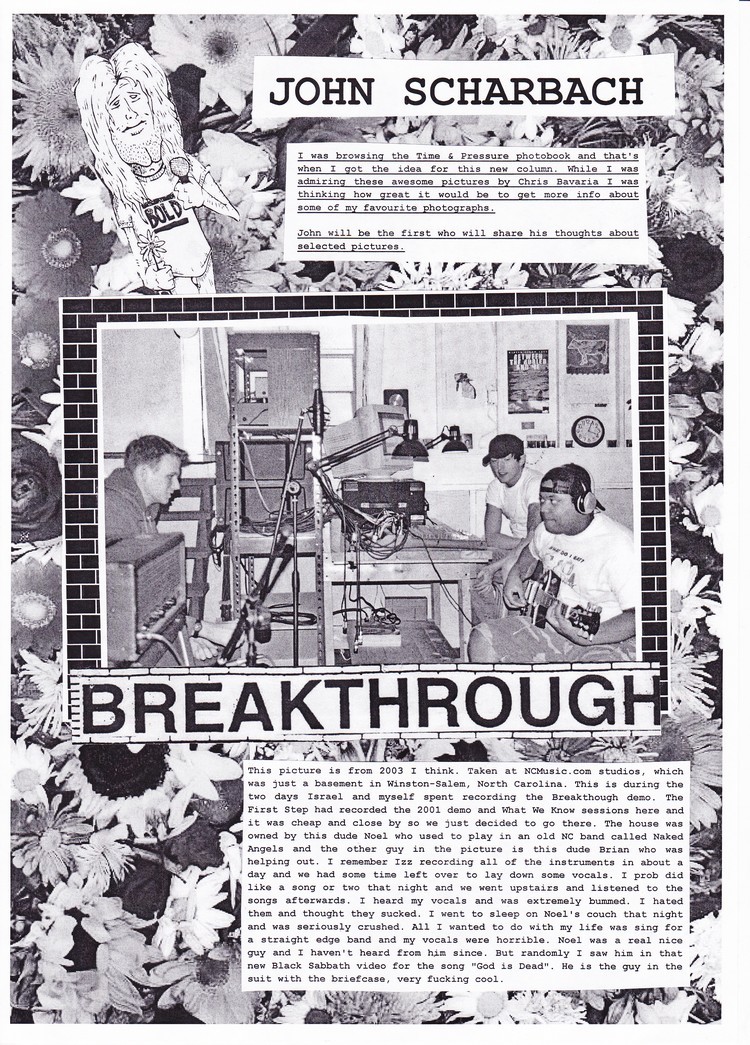 Feel free to download the FTW fanzine, and share with your friends!  Link: https://www63.zippyshare.com/v/m61b0Byn/file.html
A huge thank you to Freddy who scanned his zine for us.

Freddy Alva: I was 16 when I did this zine, worked on it in ‘86 & came out in ‘87. It’s full of grammatical errors, amateurish layout & questionable opinions; gotta start somewhere! Co-edited with Howard ‘The Punk’ Charcofsky in Jackson Heights, Queens. Cover drawn by ROTE 1 X-MEN.

“DYKHC: The graffiti and hardcore connection, these two distinct subcultures criss-crossed and fed off one another during the 1980s. You have always loved the visual side of tapes, records, fanzines like lyric sheets, inserts, fanzine covers. Please tell me something about the cover of FTW fanzine! Was it the first appearance of graffiti letters on the cover of a NYHC fanzine?
Freddy: The cover of my first zine (FTW) was done by someone I met my first day of High School, a Graffiti writer by the name of ROTE, when I started going to shows I met a lot of kids like me that came from a hip-hop background and a big part of that was Graffiti. My friend ROTE saw me as a full on b-boy freshman year and transition to hanging out with the skins/metalheads by the following school year. While he never got into the scene, his skills were off the chart and I wanted to bring that vibe and as far as I can tell it’s the first instance of Graf letters on a NYHC fanzine.

DYKHC: The first interview you ever did was with Ray Cappo outside of the legendary Some Records in 1986 for your pre-New Breed fanzine called FTW. Hardcore is a very aggressive and combative style, and Ray brought a lot of intelligence to the genre with his extremely philosophical lyrics. He had an unusual talent to make changes in the scene. How was your first time meeting Youth Of Today, and why did you find it necessary to do an interview with YOT?
Freddy: YOT were amazing live in ‘86, don’t think any of their records ever captured that and whether you were straight edge or not (I wasn’t) they were undeniably influential at a crucial point during the second wave of NYHC that had kicked off by then. Ray was an extremely charismatic frontman that lived and breathed Hardcore and that a ripple effect on everyone that he came in contact with so I had to including him in the zine. I’d never done a live interview with anyone before but I decided to go for it; Ray was extreme cool about it, suggesting we do it outside Some Records minutes after I asked him if he’d ever be into answering some questions. One of the strongest memories I have is of various local scenesters passing by and commenting, in particular Jules from Side By Side, decked out in full boots & braces gear. I shouldn’t have worried because I picked the best person interview, as soon as I turned the tape recorder on, Ray was off & running; the same relentless energy he exhibited on stage was present in person. Belated thanks to him for making my initial foray into zinedom a smooth one!”

You can read the full interview with Freddy Alva in the issue 3 of Do You Know Hardcore fanzine. Do You Know Hardcore? is a one-sheet fanzine. Free physical copies will be available via Quality Control Records (UK), Shining Life (USA), Gratitude fanzine (USA), Control Records (Belgium), Little Future distro (Germany), Gutter Groove (Denmark), Ugly And Proud (Bulgaria), World’s Appreciated Kitsch (Greece).
If you need this fanzine I can send it to you in PDF format, just drop me an email at meheszattila(at)yahoo(dot)com.

Do You Know Hardcore? is a one-sheet fanzine. The shipping prices have risen to incomprehensible heights, so I decided that I will only make mini-zines from now on and I give this zine out for free.

This interview is originally published in Not Guilty fanzine, issue 3. Rival Mob photos by Danielle Parsons, and Reid Haithcock. 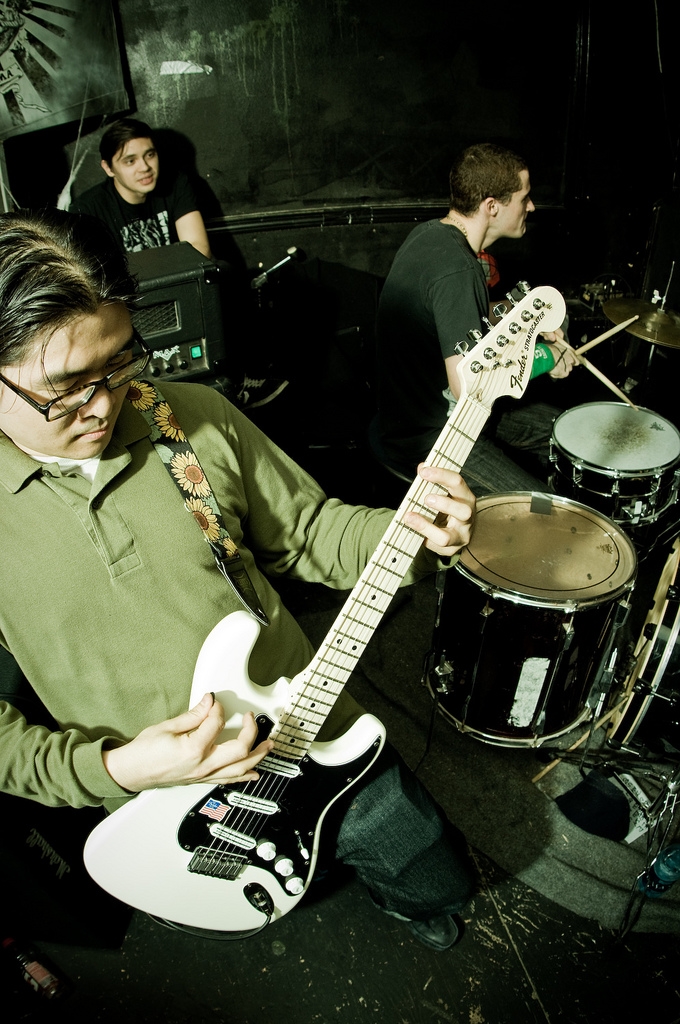 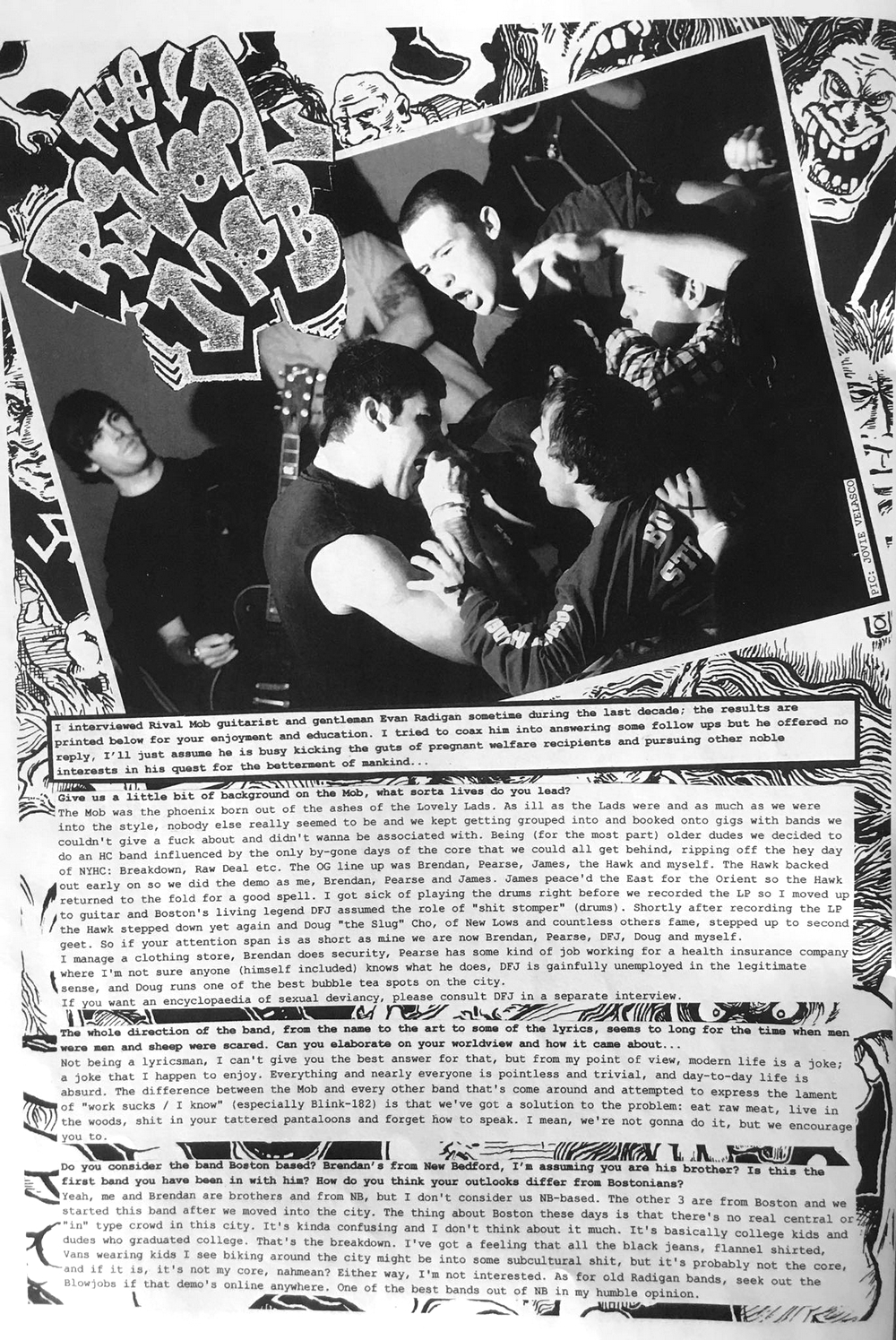 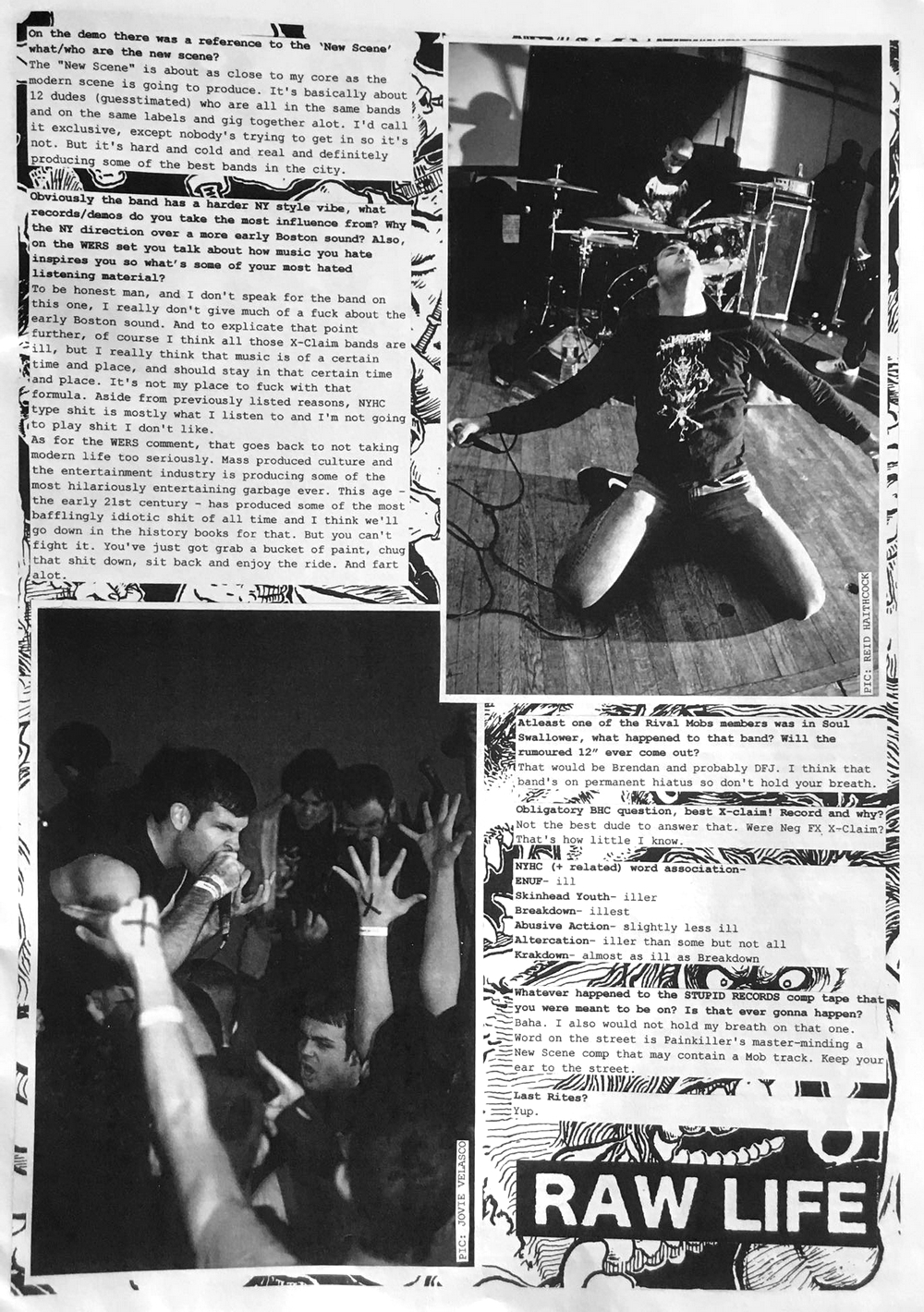