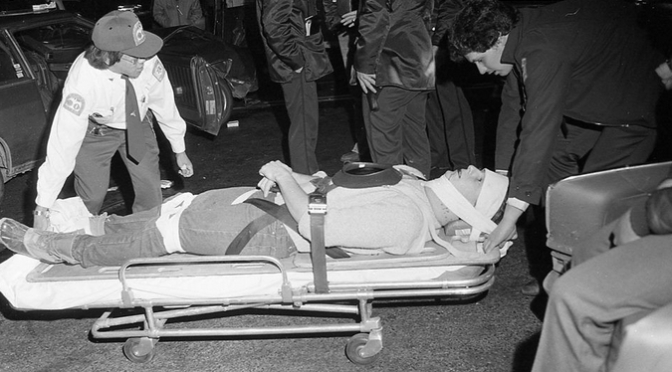 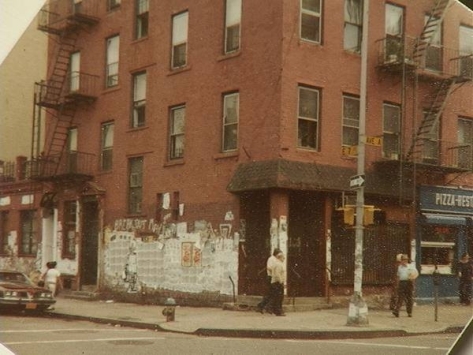 Before A7 was A7, it was a social club for old Polish people. This tiny space opened on the south east corner of Avenue A and East Seventh Street in 1980, it was a heavy Puerto Rican neighborhood and those guys were heavily territorial. The after-hours club became a ground zero between 1981 and 1984 for the burgeoning hardcore scene, when Dave Gibson (owner of A7) started to organize hardcore bands. The club operated without a liquor license and was often raided by police. 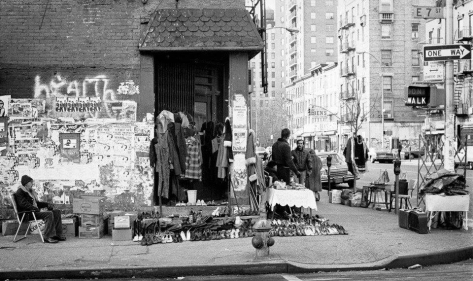 Bands played from 1 am to sunrise for an underaged crowd, and the club was staffed by members of the NYHC scene, on a good night, Raybeez was doorman, Doug Holland bartened, and Jimmy Gestapo deejayed. Sometimes 8 or 10 bands played for 3 bucks, and there was a sheet of paper tacked on the wall with the names of all the bands playing that night. There was a couch in there and the room couldn’t have held more than 30 kids, many just listened on the sidewalk outside next to the building wall. There was already a reggae scene going on at A7 at the time, and jazz bands played there too. The space is now the back room of a bar called Niagra, part-owned by scene veteran Jesse Malin (Heart Attack). As you go into Niagara’s backroom you notice on the wall a plaque that reads: “A7 1980-1984, pioneers of American hardcore and the birthplace of NYHC”. 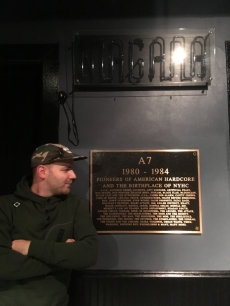 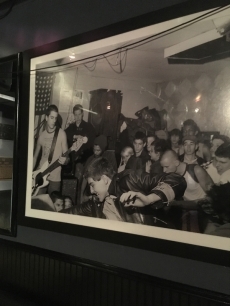 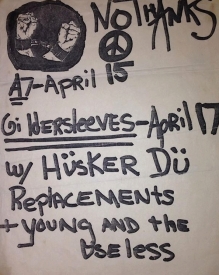 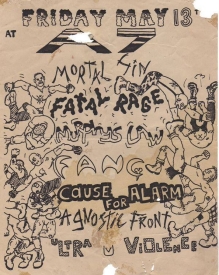 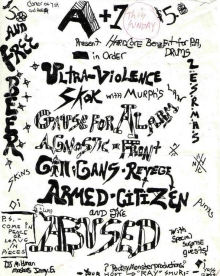 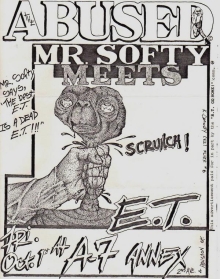 – A7 is the place where the bathroom had no lock on the door so you had to pee expecting some unwanted visitors. If you had to take a dump, you’d better not had been shy.
– A7 is the place where a spray-painted message was written right over the side door, “Out of town bands remember where you are!”.
– A7 is the place where one of the best footage ever created in the history of hardcore. The video starts out with two songs by the Psycho’s, features Roger Miret on bass and Jimmy Gestapo of Murphy’s Law on vocals for the first song. Both songs are Void covers (“Who Are You” and “Time to Die” is the second track). After that, Jimmy Gestapo introduces the band and after a few minutes of tuning up, Agnostic Front do the song “United Blood”. Dave Jones of Mental Abuse on drums, Todd Youth on bass, Stigma on guitar, Roger vocals.

(Originally released in Chiller Than Most fanzine, issue 5.)